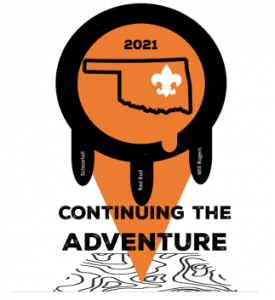 Paul and I didn’t know what to expect when our two separate paths collided with the same goal of introducing the ham radio hobby to young men, women, boys, and girls of the Indian Nations Council. We had a vision to try and do two events this year but we would start with one that we know some scouts would already attend. So we set the bar low at one scout on the air and we ended up with 27! But the small feat of just getting the TARC trailer out to John Zink Ranch was the easy part. We reached out to some our members and they responded and dealt with a rainy Saturday morning with pride. We were even able to secure the USS Batfish tower trailer to help boost our signal and show the power of what a great group of Amateur hobbyists could do to show that we support them and scouting! We even spent some time discussing how fox hunts work and how we play a real game of hide and seek!

I can’t express enough gratitude to the below list of Amateur operators who came out or worked some third party contacts over the air. I know it definitely put a smile on Paul’s and my face when the first scouter said hello and the first certificate was handed out.

One of our hopes is to continue a yearly tradition like this to try and introduce the hobby to just one scout each year in the hopes that one day they will come and tell us they earned their technician ticket!

Many THANKS to all below!

Photos of the Event: