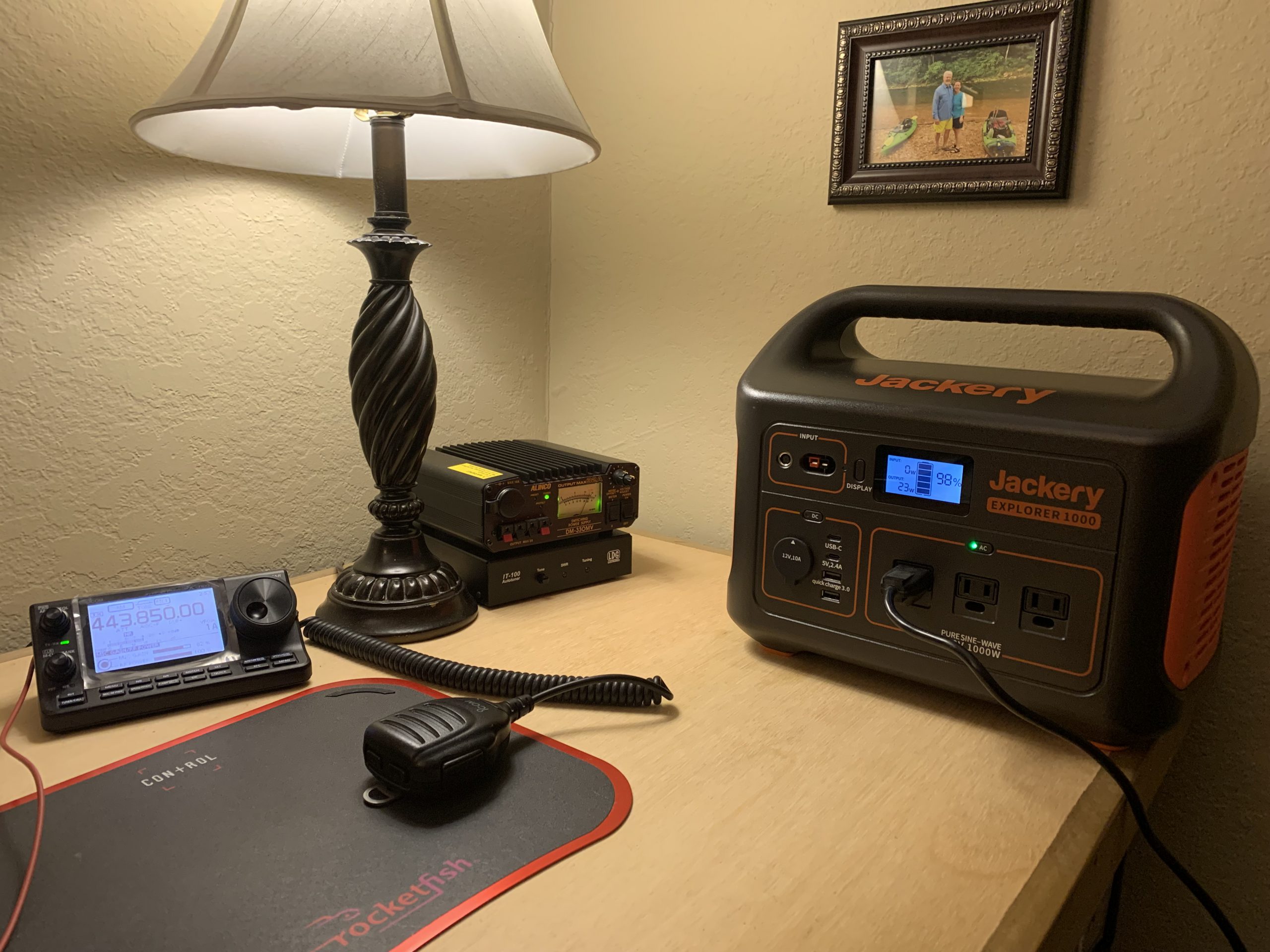 Recently I purchased a Jackery Explorer 1000.  Ive been running a few experiments to see what I would be able to run at home, and one of them was to see how well things performed using the Jackery to power the ham gear. So, on TWOsday, 2/22/22 (sorry – I had to throw that one in) I tuned into the TARC net using the Jackery for power.

The radio equipment I have is an Icom 7100 with an Alinco DM-330MV power supply (see attached).   The power supply, by itself, pulls about 10 watts of power on average.  Turning on the radio increases the load by another 10 watts, so while in listening mode you are using  an average of 20 watts.   When I keyed up the mic and started transmitting, I saw it pulling 90 watts.    As a point of reference, I have a small desk heater that I also plugged into the Jackery and it pulls 160 watts of power on it’s own.  So I’m pleased that the radio requires much less power, especially to just listen.

During the course of an hour’s time, with maybe 15 minutes of it being transmit time, I used 3% of the battery charge.  I could probably run about 24 hours at that rate before I’d want to recharge.  One other option I have with my radio is the ability to use it as a mobile rig.  So *IF* I needed to, I could take it out to a campsite and run it off the Jackery rather than draining the battery (and gas tank) in the car.  I would probably plug the radio directly into the 12 volt outlet on the Jackery and that would save me the 10 watt draw of the Alinco.  Spring will be here before long, and perhaps I’ll try that after it warms up a bit.