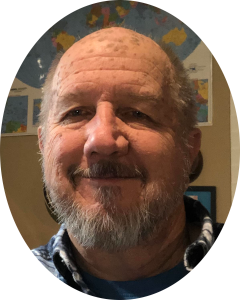 I received my Novice license, N6MWH in 1986 after spending many years as a shortwave listener.

I’m currently licensed as an Extra class that I received in 2007 after the FCC dropped the morse code requirement. I changed my callsign to WA5MA when I moved to Tulsa, Oklahoma in 2010.

I like HF special events with Route 66 on the Air being my favorite. The 13 Colonies Special Event is also a favorite. I don’t do a lot of DXing. I’m also working on increasing my code speed and 2022 will be the year I make my first CW contact. HF SSTV and satellites are also of interest. I’m not a homebrew guy at all.

What was your first radio

Like a lot of hams I was a shortwave listener and that got the radio seed planted. I bought my first shortwave radio, a Radio Shack DX-160 in the early 1970’s and I spent many late nights listening to far away shortwave stations. I sold the DX-160 and bought a Kenwood R2000 which I used until I passed the Novice exam. I then sold the R2000 and bought my first ham radio, an Icom IC-735. In 2011 I sold the IC-735 and bought a Kenwood TS-590S. I liked the TS-590S so much that I used it until 2019 when I bought a second TS-590SG and I wouldn’t trade it for the world.

A few years ago I was working the special event station for Pearl Harbor day, December 7th on the submarine the USS Batfish down at the Muskogee War Memorial Park. Even though I wasn’t actually in the radio room of the sub (another operator was in there) I was right on the other side of the wall in the main Control Room (the Bridge). It was an honor and a lot of fun to make contacts with current and former military personnel who are ham operators, some of whom served on a submarine and when I told them I was actually operating from INSIDE the sub, they (and I) thought that was pretty awesome!